All The Rice Paddies In The World

Synopsis:  This play is an imagined moment of a real life woman.  Grace Harada was a Japanese American woman who enlisted in the Women’s Army Corps after they opened enlistment to those of Japanese descent.  After her dreams of being a nurse were shattered and her family lost their income and home, she was determined to make a difference.  Her brother enlisted in the war and she wanted to do the same. 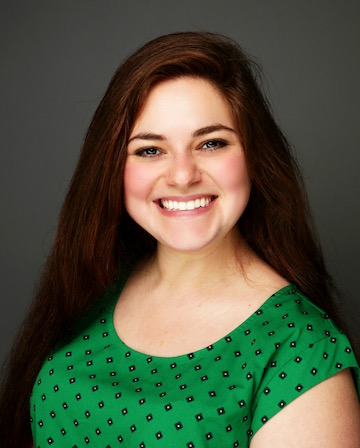 Danielle Wirsansky is a playwright and dramaturg. She has a BA in Theatre, a BA in English (Creative Writing), and an MA in History from Florida State University. Her plays and musicals have been performed around the globe from Sligo, Ireland to Viborg, Denmark, to Plano, Texas, to New York city. Danielle is most passionate about using theatre as a platform for public history and education and often writes about real life people and events. She is a proud member of the Dramatists Guild and you can learn more about her at www.DanielleWirsansky.com. 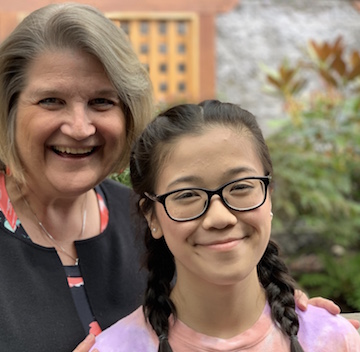 Cali and Katie were last seen on the ACT stage together in Oliver!  Cali has appeared in numerous Class ACT and main stage productions.  When she’s not on some Anacortes Zoom calls singing or dancing, she is finishing her senior year classes at at Anacortes High School.  KKatie has done a few main stage shows and when she is not offering support as an online mental health counselor, she is using COVID time to write and be creative. They look forward to sharing this poignant scene with you.

Synopsis:  From a malfunctioning virtual assistant device to an unexpected visitor barging in, it seems Alexa will never have a successful first date.  But when all else seems lost, will a messed connection give her the relationship she’s been wanting all along? 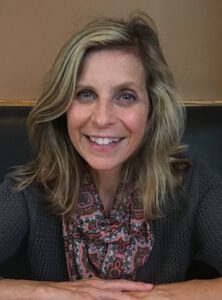 Regina Zaheer is a local playwright.  She was produced in Anacortes Community Theatre’s Ten Minute Play Festival last year.  Her full length production, The Page Turners was produced as a part of ACT’s Fringe Season in 2019. 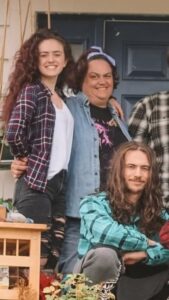 The Stevens family began their theatre career with ACT more than 10 years ago when they all joined the cast of “Honk!”.  (It was Hunter’s idea!)  Since then they’ve all been involved in many ACT and Class ACT shows individually and together.  Sunshine, Zanna and Hunter have enjoyed being on ACT’s stage together in “Honk!”, “Miracle on 34th St”, and “Bob’s Your Elf”.  Zanna works at Pizza Factory, Hunter works at Crawford garage doors and Sunshine is busy at home training their very large puppy.

Synopsis:  A debtor burdened by crushing student loans is offered a way out … but is the deal too good to be true? 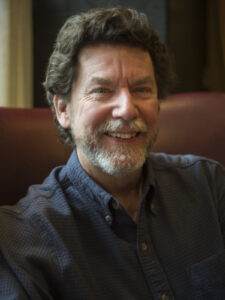 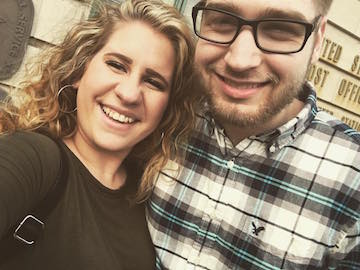 Josh Sharpe is a recent graduate of WWU’s Theatre Program and is passionate about the arts, specifically musical theatre and film. He is the Head Writer for The DisInsider, a website that covers all things Disney, and has had the opportunity to interview several celebrities with this platform. His first show at ACT was 2014’s Les Miserables, where he played one of the students. He also been seen in several other shows, most recently as The Baker in META’s Into the Woods. When he is not writing or doing theatre, he is probably hanging out with his amazing wife McKenzie or working on his Master’s.

Like her awesome hubs, Kenzie Sharpe is also a recent graduate of Western Washington University. Kenz is a Substitute Teacher as well as frequent guest director at Burlington-Edison High school where she most recently directed You Can’t Take It With You as well as Co-Directed Shrek the Musical with Josh this last fall. She has a passion for theatre and teaching and can’t wait to finish her Masters in Elementary Education so she can finally get into her own classroom! This is Kenzies first show with ACT and is so excited to have the opportunity to continue to do theatre even during Quaratine time.

Synopsis:  Two people trying to see their way through to the end. 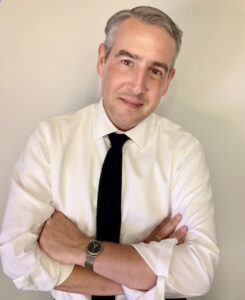 Nathan Christopher is the author of five plays.  A musical version of his award-winning play Picking Up recently debuted off-off Broadway (Emerging Artists Theatre).  Christopher is a member of the Dramatists Guild, and is  Script Mastery Certified through Ken Davenport’s TheaterMakers Studio.  Follow Christopher on Instagram, Twitter, and Facebook and read his work on National New Play Exchange (NPX).  www.thenathanchristopher.com 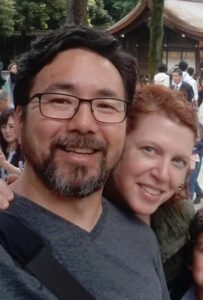 This is Nona’s first production with ACT.  She previously performed in META’s Matilda the Musical in the adult ensemble.  Nona was also cast as Mrs. Paroo in TAG’s The Music Man, which was canceled a week before opening due to the pandemic.  In her spare time, Nona home schools her two boys and works as an urgent care physician.

This is Rob’s first production with ACT.  He previously performed in META’s Matilda The Musical as the Escapologist and Mr. Myers in FAME.  Rob is excited to be performing with his wife Nona on this production.

Synopsis:  Iris and Matt have been best friends since elementary school.  Will a major life event, help them reassess their relationship?  Is it something more than friendship or is that too… ew. 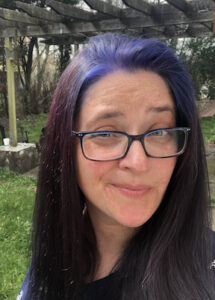 Willow is a local playwright who discovered her love for playwriting when she began writing for the Class ACT program eleven years ago.  Since then, she has written 87 short plays for the program.  Two of Willow’s full-length plays have been produced on Anacortes Community’s main stage and one has been produced as an ACT Fringe.  Willow has had short plays produced at the ACT Ten Minute Play Festival, The Show Off International Play Festival at the Camano Real Playhouse, and for NW10! at the Oregon Contemporary Theatre.  Willow has been published with Pioneer Drama Service. 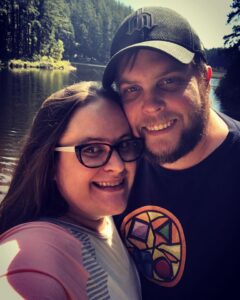 Briana and Brent were last seen on ACT’s stage in “Agatha Christie’s Murder On The Orient Express” earlier this year.

Briana works for the Anacortes American and Brent works for  The Ferndale Record.

Synopsis: Shelby has just one wish- for clean grout.  A fairy offers to clean it for her, but comes at a cost. 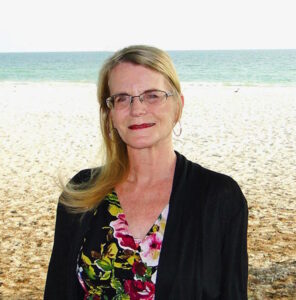 Connie Schindewolf, a Florida playwright, has been involved in and won many short play festivals.  Most recently, 5 Seconds, was accepted into Barrington Stage 10×10.  I’m Not You, a one act, was a winner in the Naples Players Theatre in Naples, FL.  Her full-length plays have appeared in many festivals and have been produced by Gulfport Community Players in Gulfport, FL and The Players Center for Performing Arts in Sarasota, FL.  Since 2007 Connie has had productions across the United States (including LA and NYC) Canada, Englan, Austrlia, and The United ARab Emirates.  She’s published by Applause Books, JAC Publishing, Nigel Publishing, Pioneer Drama Service and Smith & Kraus. 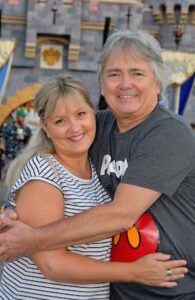 Brian and Carla Hurst have been a part of ACT for many years.  They met onstage in a production of “Rumors” and reprised those roles onstage at ACT just a few years ago.  Carla recently directed “Noises Off!” and Brian played the director, Lloyd, onstage.  Carla is an elementary school counselor and Brian is enjoying his retirement.

Synopsis:  Sam begs his wife Mary to retire from her executive job so the two can finally kick back and have fun.  When she says she needs a creative challenge, Sam reminds her of a long forgotten love. 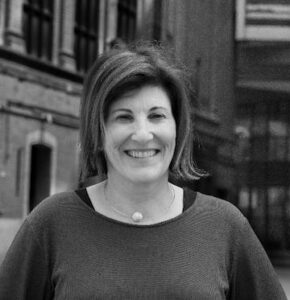 Margie Semilof is a Boston-based playwright.  Her short plays have been produced at a variety of regional and national festivals, such as The Group Rep, in LA, Theatre East, in New York, Firehouse Center for the Arts, Newburyport, Mass., at Greenbrier Valley Theatre New Voices, Lewisburg, WV., and at the Weathervane 8×10 in Akron, Ohio, to name a few.  Her new full- length comedy, Queen of the Coast, received three staged reading in 2019.  She is chairperson of Playwrights Platform, a playwright cooperative in Boston.

Carolyn Travis and Trey Hatch have been seen on ACT’s stage for many years- including a recent productions of “The Drowsy Chaperone.”  Both are very involved in Skagit’s “Shakespeare Northwest” and are huge fans of all things Disney.

Synopsis: A soccer Mom and a soccer Dad tackle their sons, their spouses, and each other.  A comedy in the juggling of phone-based and in-person communication. 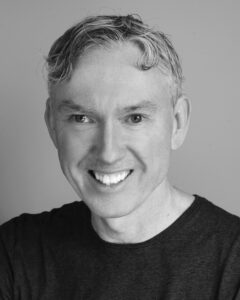 Guy has been active in the community theatre scene in Ottawa, Canada for more than two decades, primarily as an actor.  He began a serious interest in writing for the stage four years ago.  To date, his short plays have been successful in seven festivals and competitions, and have been produced, or have been scheduled for production, in theatres in Canada and the US. 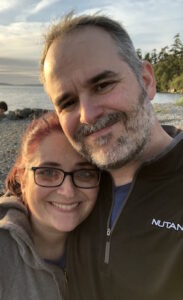 Willow and Tim have been doing shows at ACT together for more than 20 years.  Their first show together was Oliver! and their most recent show was James and The Giant Peach.  Willow is the office administrator and Class ACT Coordinator for Anacores Community Theatre.  Tim is an Automation Engineer for WWU.  They both like hanging out with their two boys, kayaking, hiking, playing games and being generally nerdy.

Synopsis:  If every day is Christmas, how do you make it special?  Holly Ivy rebels against her mother’s decorating theme as they try to find meaning amongst the commercialization of the holiday. 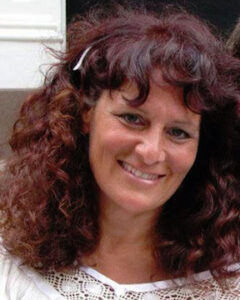 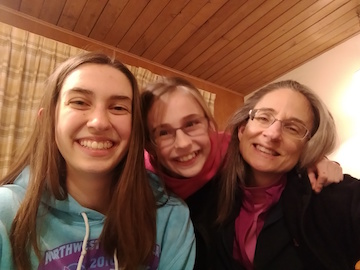 Between the three of them, Sonia, Hope and Joy have been involved in four different ACT shows.  Most recently, Joy was in “Number The Stars” and Hope and Sonia rehearsed for High School Musical.  When not doing front handsprings and the splits, Joy practices her flute, reads and cross-stitches.  Hope listens to musical theatre soundtracks when she’s not at her part-time job at Superior Systems.  Sonia spends her time homeschooling her two younger children, biking, jogging and practicing piano and guitar.