This show is presented with the permission of Music Theatre International.  ACT is required to use their chosen streaming platform for this event.  All tickets will be purchased through ShowTix4U.  Select the Buy Tickets button to go directly to the ticket purchasing site.

This is a virtual production, and although filmed on ACT’s main stage, will not be performing live on the stage.  However, you will be able to watch it in your own home at the scheduled performance times. Please scroll down to see how using this platform will make this show different from 2020 ACT virtual shows.

$15 Individual Ticket- One person watching on one device

$30 Household Ticket- More than one person watching on one device

*There will be approximately $3.50 in ticketing fees per ticket.  These are established by the streaming platform that we are required to use for this show.

The Last Five Years is an emotionally powerful and intimate musical about two New Yorkers in their twenties who fall in and out of love over the course of five years. The show’s unconventional structure consists of Cathy, the woman, telling her story backwards while Jamie, the man, tells his story chronologically; the two characters only meet once, at their wedding in the middle of the show.

Jason Robert Brown’s Drama Desk winner, The Last Five Years, has been translated into a handful of languages and was named one of TIME Magazine‘s ten best shows of 2001. A testament to the show’s longevity, and spurred by the show’s regional popularity, The Last Five Years enjoyed an Off-Broadway revival at Second Stage in 2013. A film adaptation was released in 2014, starring Anna Kendrick and Jeremy Jordan

How Will This Show Be Different From 2020 Virtual Productions

Most publishing companies now require theaters to use their streaming platform of choice.  Therefore, all of our royalty-based shows will have differences in how shows are presented.  The Last Five Years will be hosted on ShowTix4U.  Differences include:

Anacortes Community Theatre is proud to receive support from 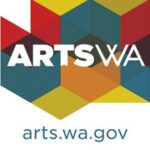