The Magic of Elliott Hunter

Elliott Hunter is a former Class ACT student, and now, he is named as one of the top young magicians in the world working today! By the time he graduated college with his engineering degree in 2021, Elliott Hunter had already headlined nightclubs in Las Vegas, created his own touring show, and become a regular performer in the Palace of Mystery at Hollywood’s famed Magic Castle. After racking up numerous awards for performance excellence, Elliott Hunter set his sights on a higher goal; the 2022 F.I.S.M. world championships of Magic.

Aiming to use magic to build community, Elliott’s dynamic show has been featured with companies, theaters, non-profits and colleges over the world. His youthful approach to modern magic along with is dedicated, goal oriented persona makes him one of the most sought after performers in the nation.

By combining sleight of hand with his background in engineering, storytelling and competitive endurance sports; all facets of entertainment converge to create an experience more unique than Elliott’s ginger genetics!

Born, raised and excited to return to Anacortes, Elliott Hunter will appear for this limited 6 show run on the ACT main stage! Performance dates are May 12-15 2022!

To learn more about Elliott, go to www.ehuntermagic.com 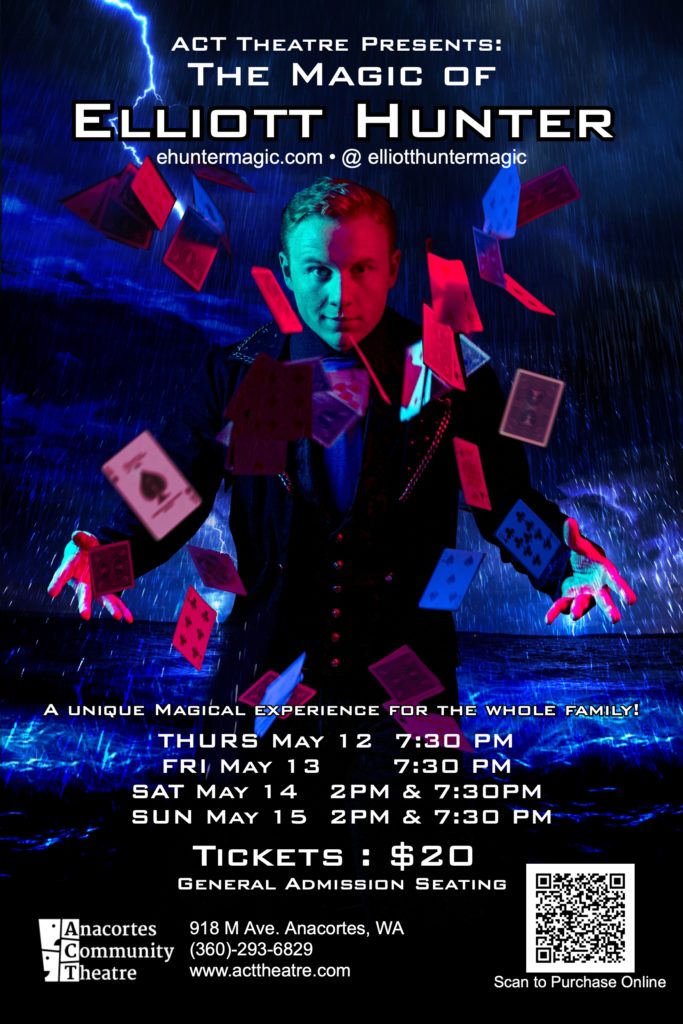