We are excited to put a spotlight on a few of our volunteers on this page. Our community theatre depends on the time and talent of actors, directors, front of house, light designers, stage crew, choreographers, set designers, costumers and more. This is just one small space, but to all who volunteer we offer our sincerest thanks. 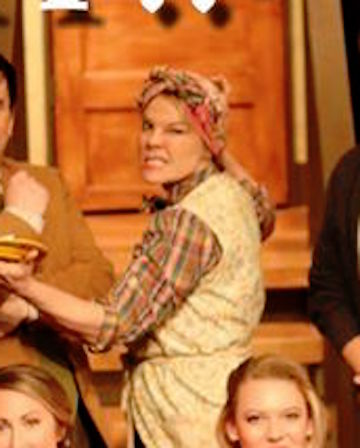 Shelli as Dottie in "Noises Off" August 2019

Shelli Stahl-Prudhomme has been a part of Anacortes Community Theatre for about 40 years.  Her first show was either The Nutrcracker as a mouse or a pick-pocket in Fagan’s gang in Oliver!.  Her most recent show at ACT was helping backstage on Murder On The Orient Express.  Shelli loves the creative, problem-solving “we can do it” attitude that you find in a small theatre like Anacortes Community Theatre.

When asked for a favorite onstage or backstage memory, Shelli had trouble choosing just one.  “There are so many!  I always love the group warm-ups for musicals, but an especially fun memory for me was the pre-show ritual of bouncing into each other (gently) and saying “boop, boop, boop” with the cast of Calendar Girls. (Writing about it doesn’t seem to paint the picture well, but it was a fun, lighthearted ritual.) That show was very meaningful for so many of us, and I felt so completely bonded with our cast and crew. That bond still feels so strong and surpasses the “social distance” we likely all feel now.”

Shelli and her husband, Phil, will be starring in our next production “Shooting Star” which opens in June of 2020! 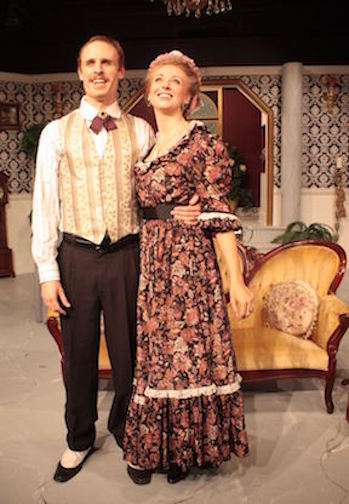 Sam Guzik has been a part of Anacortes Community Theatre for about seven years.  His first show at ACT was The Importance of Being Ernest by Oscar Wilde, where he.played the role of Jack Worthington.  (Pictured to the left with wife Jessica Guzik.) Sam’s most recent show was a play workshop titled Edge of The Cliff,where he took the role of a character seeking to uncover the past mistakes of childhood friends. Sam also has a ton of fun memories from directing Hound of the Baskervilles two years ago. He remembers that it was such a joy to work with the cast day-after-day creating and refining with the actors. It makes him want to direct again soon!

During his time at home during quarantine, Sam has been researching Shakespeare’s The Tempest with the hope of directing it in the near future. He has also been processing his thoughts about everything that is happening in our lives right now by writing a play on how two individuals are dealing with the crisis.

When asked what he appreciates about ACT, Sam responded, “How we all support each other like an extended family. Last year was very difficult year for my family because of health complications. I was scheduled to direct My Fair Lady in the Fall and had to drop out. Then when conditions improved, I took a role in the play, but again had to leave the show due to my own medical emergency. I am forever grateful for the support the members of ACT gave during that time! Thank you!” 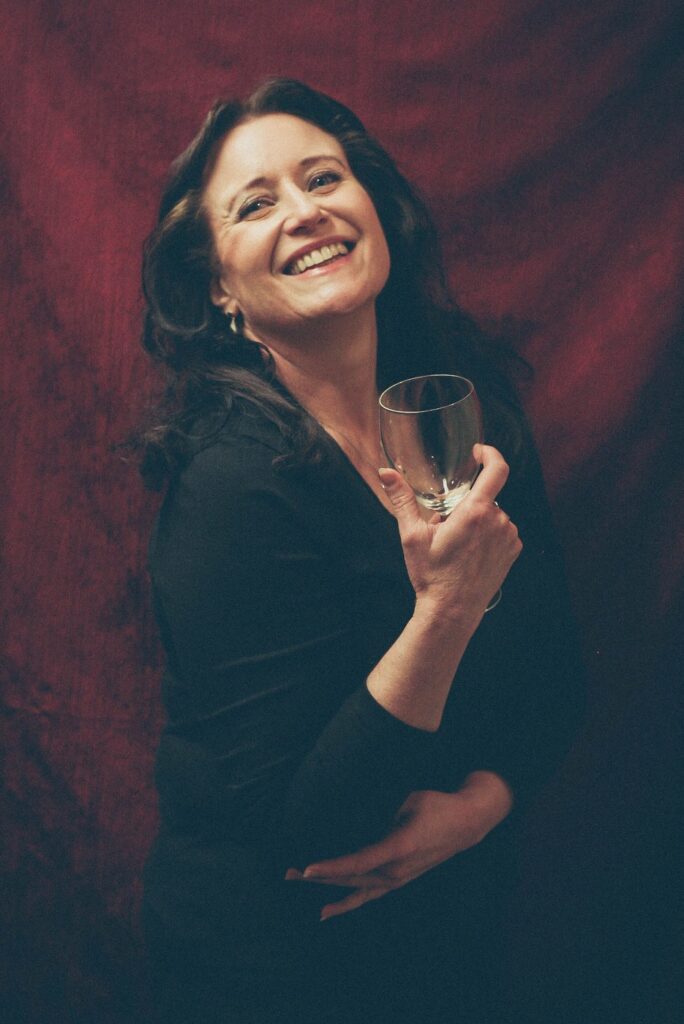 Julie Johnson Lindsey is proud to have been involved with Anacortes Community Theatre since age 13 in 1973; that’s forty-seven years and counting!  Maxine Lang recruited her to help with makeup for both kids and adults on a couple of shows that year, and that’s how she got her start.  The first show Julie was in at ACT was The Lark, directed by Walter Vonnegut, followed by The Prime of Miss Jean Brodie, directed by Mike Stark. She had the privilege of getting to work with all of the founders of ACT in the early years.

Some of Julie’s favorite backstage moments are from the behind the scenes of shows she’s directed, such as The Full Monty and Calendar Girls, (which she’ll leave to your imaginations.)  She appreciates that Anacortes Community Theatre truly values their community, both as a theatrical family and as community members.  Many of Julie’s closest friends are because of ACT.  Julie says “I have “theatre kids” who are in their 40’s.  I’m honored to have had a part in the legacy that will continue long after I’m gone.”